Sometimes a girlie escape is just what you need, even if you don’t leave your home city! Lauren and I have become good friends through our blogs and we’re hoping to plan a European city break for next year. Meanwhile with work being super busy, we thought we’d take the opportunity to spend some time together in London and where better than The Athenaeum Hotel and Residences just opposite Green Park.

Arriving on a Sunday evening we were led up to our Deluxe Park View room and we were immediately taken with the soothing sky-blue tones of the room. The whole of the ground floor of the hotel has been redesigned but the rooms remain untouched, still fresh from the thorough refurbishment a few years ago.

We especially liked these quirky chairs that reminded us of thrones!

I think that they have a sweet tooth here at the Athenaeum as there are jelly babies on the reception desk and drawers bursting with childhood favourites.

Plus their own branded short bread, perfect to nibble on if you’re making tea or coffee in the room.

But it’s the little details that we really loved; such as the lenticular on the wall.

Or this cute shelf of mini toy soldiers.

And an elegant marble bathroom. After all our photo taking, there was time to have a drink and we popped open a half bottle of wine from the mini bar and relaxed while catching up with each other’s news.

After getting suitably glammed up we headed down to the super-stylish bar.

I love the bright yellow touches and fluffy cushions and there were plenty of private nooks for us to find a place to chat.

We ended up taking a seat next to this large screen that was showing classic movies, and promptly ordered a glass of Lanson champagne…

Though we did admire the cool cocktail menu, displayed uniquely on a set of post cards.

There’s actually a long history behind the Athenaeum Hotel, dating back to 1850 when it was named Hope House, after its famous resident MP Henry Hope. It was where he housed his famous art collection and it attracted notable people of the time such as Charles Dickens, owing to the extravagant interiors. Hope House became the Junior Athenaeum Club when it was sold to become a private Gentleman’s Club and a place to entertain Lords and MPS as well as those connected to arts, literature and science.

In its current incarnation as a five-star hotel, its seen many starry faces come through the doors such as Elizabeth Taylor, Russell Crowe, the members of Take That, Steven Spielberg and most recently, the Kardashian tribe.

Lauren and I finished up our drinks and headed in for dinner at Galvin at The Athenaeum. The Galvin brothers took over the restaurant after the refurbishment and I was super excited to try their food. I loved the Michelin-starred French cuisine at their restaurant, Galvin at Windows but here they’re departed from their signature cuisine with a menu of classic British dishes using local produce from British farmers.

Never was the phrase ‘you had me with the bread more true’ seriously if bread were an addictive substance, the bread at Galvin at The Athenaeum would be illegal. Lauren and I absolutely loved the warm, crusty loaf which we smoothered liberally with melting salty butter.

One thing that’s really cemented our friendship is a mutual love of food, coupled with the fact that we both like the same things and nearly always share. The signature starter, lasagne of Dorset crab caught our eyes immediately and the crab meat was perfectly prepared, wrapped in fresh pasta and a smooth silky butter sauce that resembled liquid gold.

A great restaurant can be judged by its take on a classic and at Galvin at The Athenaeum, they’ve nailed the steak tartare. Large, juicy hunks of fine quality meat was cohered with the traditional accompaniments and the egg yolk looked so perfect that it’s almost a shame to break in it. Almost. The raw meat dish was exactly how I like it and perfect spread over the requisite toast.

Fowey mussels pleased us both and we loved the Dunkertons cider sauce which made another fantastic dip for that addictive bread. The accompanying chips were fat and chunky, perfectly crisp on the outside, fluffy on the inside. Heston Blumenthal would definitely approve of the fine British chips.

The Yellowfin tuna burger caught our eye as it seemed quite unusual and something neither of us had tried before. Cooked rare and served with avocado and white cabbage slaw, I can safely say it was a triumph, we absolutely loved this dish! With such a strong reputation behind Chris and Jeff Galvin, I had high expectations for our dinner and it delivered on every level. Galvin Restaurants are also known for their service and our waiter was attentive, friendly and helpful throughout. Galvin La Chapelle in Spitalfields is definitely next on my list as I’ve heard wonderful things about it.

Suffering from carb over load, an extended break was required before dessert and when we were ready to order we went for some lighter choices from the menu.

Home made vanilla and chocolate ice cream for me.

And the finest quality Valhrona chocolate mousse with an almond biscuit for Lauren. 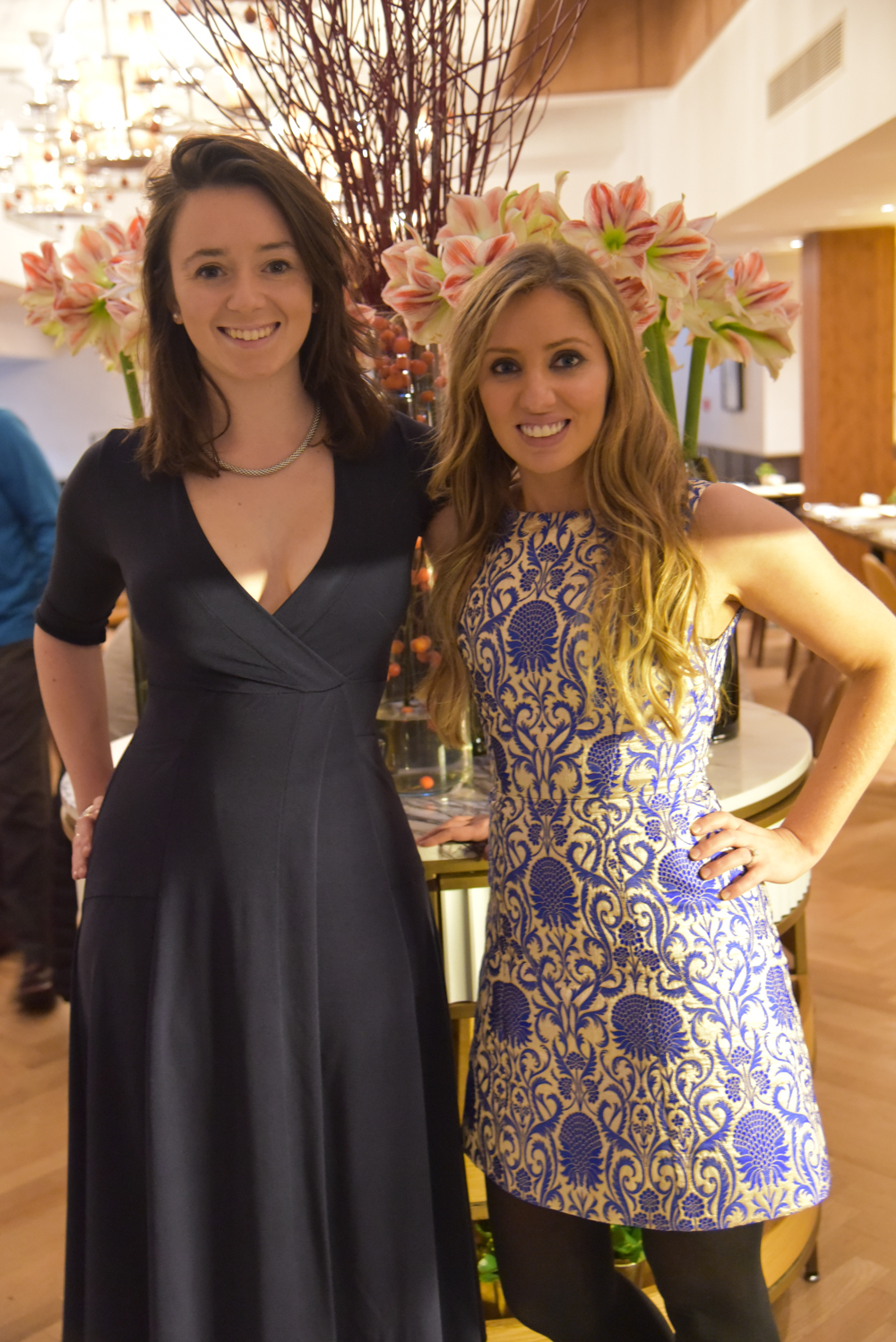 After finishing our feast it was time to head back up to our room, get into our pyjamas and stay up late chatting about life, what we were up to now and the future. Lauren had to leave early in the morning for work but I flung the curtains open later to take in the beautiful autumnal view of Green Park across the road.

Breakfast is back down in the restaurant with an à la carte menu of classics or a small and perfectly formed buffet.

Before leaving I had a quick look around the foyer that had been  just been redesigned by Kinnersley Kent Design. I love how light floods through the windows and the space looks so open and modern with fun and quirky art work.

I made the short journey back to my home in Victoria, fully refreshed from a relaxing stay at The Athenaeum and some proper girls’ time with Lauren.

We were guests of The Athenaeum Hotel & Residences and our stay and dinner at the restaurant were complimentary.