Located in the heart of Mayfair is Brown’s, London’s oldest hotel. The glamourous Victorian townhouse opened in 1837, and has housed many distinguished guests such as prime minsters, royalty and famous writers, notably Agatha Christie, Oscar Wilde and Sir Arthur Conan-Doyle. 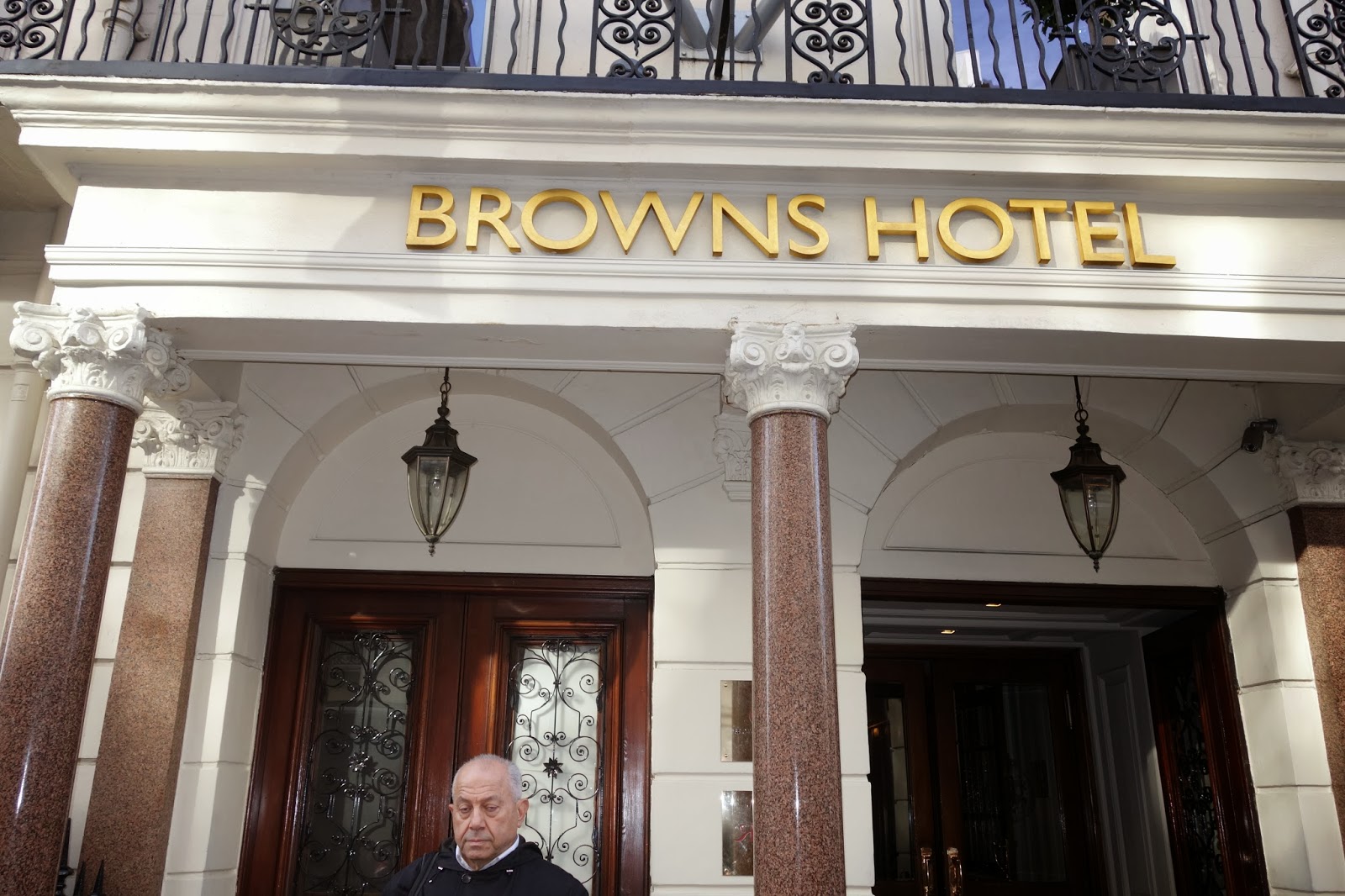 Historically, it is also incredibly significant as Alexander Graham demonstrated his new invention, the telephone, under its very roof!
The hotel is classically designed with mosaic floors and wood pannelling.

The buzzy Donovan bar is perfectly placed for guests and for those needing a break from their Mayfair shopping spree.

The reason for our visit today? My sister and I were taking my mum out for a birthday lunch at Hix Mayfair, the hotel restaurant. My sister’s son, my nearly-three-year-old little nephew, was coming along and the restaurant website had promised a child-friendly environment.

Mark Hix is a celebrated chef and restauranteur with an original take on British cooking. He is lauded as one’s of Britain’s top restauranteurs and now has six London restaurants and one Dorset establishment under his belt. The Mayfair chapter of his empire is a celebration of British food and art. The menu features British seasonal dishes, while the walls are adorned with the works of famous British artists such as Tracey Emin, John Rankin and Tim Noble.

The illuminated artwork was eye-catching and unusual but the atmosphere of the restaurant was a little stuffy and formal. Full of suits!
However, my little nephew was presented with his own proper menu.

Prompt arrival of bread was great for a hungry toddler.
For starter I ordered the smoked salmon, famous for the ‘Hix cure’ which Mark invented when he started smoking his own salmon at the end of his garden.

The salmon is firm and non-greasy, just how I like it.
My mum and sister both chose the curried parsnip soup.

They enjoyed the warmth of the soup, which also contained a crispy onion garnish.

It was raw veggies and dips served on a silver platter for my nephew. His little hand crept in for a pepper as I took the photo.
We all love Dover Sole, and so all three of us ordered it! My sister and I choosing a chargrilled version and my mum choosing pan-fried.

The fish was served with an array of sauces including tartare, butter and bearnaise. We also chose a selection of side dishes, salad and curly kale. The dover sole was good, but I have had better and the ordinary taste did not reflect the high price on the menu.

It was home-made haddock fish fingers and chips for the little one which he happily munched on.
Finally we ordered knickerbocker glory for my nephew

The portion size was too big for a three-year-old but may have been just right for an older child.
And coffee served little truffles for the grown-ups.

Hix Mayfair does cater well for children, but the formal atmosphere is far better suited for a business lunch. For an average lunch, I found it very poor value for money as we received an extortionate bill for three adults and a child when we didn’t even drink wine or have three courses each!
I love the bar at Brown’s but I think I might just come here for drinks next time.